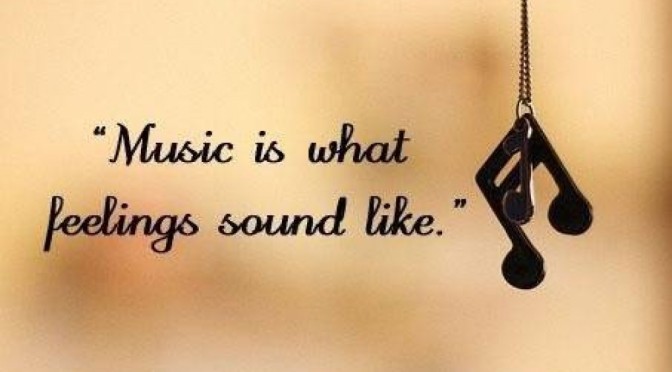 As a melophile, I am an enthusiastic believer in the power of music. It can reach into your soul and capture it, if only for a moment. It can speak to you in a way you can’t put into words. It can set the tone for your day and it can comfort you when the day is done.

Some music has the ability to improve your attitude. Give you a little boost of energy. A little pep in your step. Compel you to do a little jig in your kitchen. Put a smile on your face and leave you humming it’s tune for the rest of the day.

That is what my “Good Vibes” playlist, which I created for myself on Spotify, does for me. When I put it together, I decided to simply go right off the top of my head, thinking of the songs that tickled me and finding them via the search option on Spotify. I told myself to not overthink this playlist, not to judge my choices, especially since it could easily be edited at a later time.

Do you all have something akin to a “Good Vibes” playlist to turn to when you need a pick-me-up? If you do, please do this gal a favor and share what’s on yours. If you don’t have one, I highly recommend you invest a bit of time to create one for yourself. You’ll thank me later.

I would be remiss if I didn’t share what’s on my personal “Good Vibes” playlist. I won’t give you the full list, because that would take away from the time I’d rather you spend making your own custom playlist.