I have always been a huge fan of watching movies. Whether it be in an actual theater with a bucket of artery clogging popcorn and a fresh pack of Twizzlers or lolling about on my comfy couch eating the infinitely healthier microwave popcorn and my favorite chocolate truffles, I find movie watching to be one of life’s greatest pleasures.

I like a variety of genres: comedies, dramas, thrillers, bio-pics, westerns, and musicals. And I’m pretty open minded about what I will watch. Especially if it is included with my Amazon Prime or on Netflix, where I have the lovely option of simply turning a movie off if it totally sucks. This doesn’t happen very often, however.

Because I’m such a movie nut, I can’t in good conscience just pick one movie and tell you all why I think it’s great and why you should absolutely positively watch it as soon as you possibly can.

I’ve just got so much to say about how I feel about so many movies.

Think I’ll start with the type of movie I love the very most, “my favorite favorite”, as Barney, that goofy purple dinosaur used to say through the t.v. screen to my kiddos when they were small.

“Love, Actually”. If I absolutely had to pick one film that is my favorite this would be the one. It’s a movie full of good cheer and humor.  It tells several different love stories, with the characters in each story biologically related to and/or entwined in each other’s lives. Each of the main characters are lovable, albeit imperfect.  The soundtrack is great too.  It also takes place during the Christmas season, which to me adds much to the charm of this movie. And it’s set in England so there’s plenty of those lovely British accents to enjoy. And it has a very happy ending, one that assures you that everyone is going to be alright after the credits are over.

“Mama Mia”. Oh, the music in this one. It amazes me that the songs of “Abba” could be used to tell the story of a soon-to-be-wed young woman, living in a resort in Greece with her mom, who is searching for her biological father. Her mom, Donna, had summer flings with three different young men 20 years prior, and became pregnant. Her daughter, Sophie, invites all three of these now older men to her wedding. Each of these men, fortunately, embrace the possibility that they could be her father. It is simply a joyful, fun, uplifting movie that I can’t resist.

“As Good as it Gets” also ranks as one of my all time favorite “feel good” movies. It is an unlikely love story between a curmudgeon afflicted with a severe case of OCD, played by the one and only Jack Nicholson, and a young waitress, who is a single mom of a very ill son, played by Helen Hunt. The (IMHO) greatly underrated actor Greg Kinnear has a starring role as Simon,  as Melvin’s (Jack Nicholson) gay neighbor who becomes a victim of an assault and needs someone to care for his little dog (Verdell) while he recovers. Jack Nicholson’s character slowly bonds with the dog and over time his heart opens to the possibility of real love with Carol, Helen Hunt’s character. This movie is as much about the characters (maybe even a bit more) than the actual story. The scenes with Carol and Simon are especially heart-warming, as they form a special bond between them.  The scenes with Melvin and Verdell are quite precious as well.

My hope is that you all are able to carve out some time for yourself during this busy, stressful, mentally taxing time of the year (aka the Christmas/Holiday season) to kick back and re-watch your favorite “feel good” movies. Or if you haven’t caught any of the three mentioned above, you’ll take my recommendations and rent, buy, or find one of them via your favorite streaming service.

I was going to resist the urge to be “basic” and write a post expressing what I am thankful for on this Thanksgiving season. I mean, it’s kind of a no brainer really, and my hunch is that there will be multitudes of other bloggers penning their own posts about what they are thankful for.

In my last blog post, I shared those things that delight me, those simple pleasures of life. After publishing that, I figured it wouldn’t be terribly original for me to write about what I am grateful for.

But, alas, I have changed my mind. I seem to do that a lot.

Thing is, I genuinely have so very much for which I am thankful and it feels good and right for me to share this with now, with Thanksgiving upon us.

I am thankful for recent visits with our adult spawn and the now 4 year old boy who owns my heart. It was so gratifying to spend quality time earlier this month talking about life, laughing about their childhood shenanigans, playing umpteen games of “Hungry Hungry Hippo”, and sharing some great meals with them.

I am thankful for the blessings of November. By happenstance, each job I’ve had in the last 17 years started in November. And each of these jobs have suited me very well and taught me so much about people, including myself.

I am thankful for my best girlfriends. The one who I’ve known for the majority of my adult life, who accepts and appreciates me in spite of my flaws. The one I have here in Colorado who’s always up for showing this Minnesota girl what makes Colorado colorful. The one who passed away 6 years ago who always had my back.

I am thankful for this guy, my sweet Hubs. I truly hit the jackpot when I found him 30 years ago.

I am thankful for the community we are building here in Colorado. From our church family, to my fellow volunteers at the food bank, to the owner and staff of our favorite brew pub. After moving to the north Denver metro over two years ago, not knowing a soul here, we have slowly but surely developed lasting friendships here. What a blessing this has been.

Thankful readers, I wish you the best Thanksgiving holiday. I hope it’s filled with good conversation, laughter, fun, and plenty of delicious food!

This post is largely inspired by a great blog post penned by Caitlin Kelly  who has a wonderful way with words. I came up with my own title because I didn’t want to be too much of a copy-cat.

Now that the mid-term elections are over and we can all breathe a sigh of relief (if only because for the time being we have a respite from political ads on t.v. and all of that godforsaken political junk mail), I think it’s time to reflect inwards a bit.

Here’s but a few of mine:

The feel of my favorite fuzzy socks on my bare feet.

Peering out the window of our warm, cozy townhome at the magical, silent, slow-falling snow.

A solid cup of coffee with a bit of cinnamon sprinkled on top.

A heart to heart conversation via phone or in person with a good friend.

The mouth-watering aroma of a home-cooked meal in my crockpot at the end of a long work day. And the sense of self-satisfaction I feel for having the good sense to put it together in the morning before work.

Waking up naturally, without hearing that silly alarm coming from my cell phone. Ahhh…weekends!

Sipping a complex glass of merlot. Savoring the hints of dark cherry, chocolate, and spice. 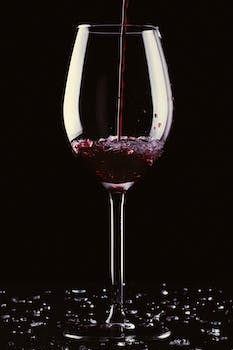 A good, long,  luxurious shower. The way those hot, wet, pellets of water feel on my tense shoulders.

Interacting with dogs in public. Petting and scratching them, telling them they are a “good girl” or “good boy”. Listening to their human parent or parents telling me about their breed, their adoption stories, their personality quirks.

At work: sharing a laugh or two with a senior client over the phone.

When just the right song comes on my Sirius XM, while I’m tooling around in my CRV. Like the Pina Colada song  song (don’t judge me, I realize the couple in the song has a completely f’d up relationship as both are willing to cheat on each other and escape to an exotic island with someone they just met at a bar called O’Malley’s). It’s just such a chilled out, easy-breezy, sing-a-long song though, right? Let’s not overthink this.

How a November day in Colorado reminds me of one of those sweet February days in Wisconsin when the sky is bright blue, dotted with a few fluffy clouds, the snow is melting on the pavement, the air is chilly but mild and there is no wind to speak of.

Glorious pictures of the sunrise in the foothills, taken by Hubs, when the moment strikes, upon his arrival at work.

Please share in the comments what delights you, my delightful blogging community!

Like Loading...
Today is election day and I’ve made the decision to stop biting my writing tongue and speak my mind.
I’m grateful that I live in a state where the ballots are sent early, making voting extremely easy. I filled out and dropped off my ballot over a week ago. I did my civic duty, as I hope every single one of you reading this right now has done or will be doing at some point before the polls close in your state later today.
I believe that the United States of America is sick. We need healing. We need change that will benefit the masses. We need to right this ship. Or at least change it’s direction enough so that the momentum is too strong to avoid landing, eventually,  but not too far in the future, in a safer harbor.
Here is what I am hoping for as a result of today’s mid-term elections:

Believe me when I say that I think there are other important issues we need our elected officials to address to set America onto a better, healthier path. This list of hopes I have for today’s election is by no means complete. My list, however, includes the issues that I feel need to be addressed first and foremost in order for real, positive, change to begin to occur.

Now I’m going to carry on with the rest of my day and try not to bite all my nails off worrying about what the election results might be.

I voted, and now I’ve purged. I invite you to do the same.