They touched noses. Two nights in a row. And I have yet to witness it. Hubs said it is a lightening fast interaction that intimates a handshake.

They have of late been engaging in rowdy chasing shenanigans. It’s not clear who is leading this activity nor does it matter. It’s not for us mere mortals to understand.

They are simultaneously interested in each other and the humans they live with. But there’s an underlying fact: they are in competition with each other.

They both know they are very cute. They both have pretty eyes. That is their secret weapon. They are aware that we believe they are both very cute with pretty eyes. And they use that to their advantage, because at the end of most days, they get a special moment to enjoy treats together on the kitchen floor.

Hubs perspective: he has trained Radar very well. Specifically to “leave it” when eyeing a smaller creature, such as a squirrel or a bunny. Radar’s response is a comprehensive lick of the chops.

They like to eat together. Radar waits patiently next to his bowl of food each morning for Karl to come downstairs. He won’t start eating until his friend is present.

In the evenings, they eat together and when one of them is finished, always leaving a little bit in the bowl, the other saunters over to finish. Neither gets pissy with the other-no possessiveness to speak of. It is beyond cute.

Some of us in this house are of the opinion that there will come a time, sooner rather than later, when these two will be cuddling up and grooming each other. I’m cautiously optimistic about that.

While Hubs were on our Great American Road Trip (3,300 miles over 2 weeks), kiddo said Karl missed us. He didn’t eat for the first 24 hours after we left and when we came home he expressed his disgust with our temporary abandonment by sneaking into the shower and peeing all over the shower curtain. Cats are so weird.

Radar spent the better part of the 72 hours of our time at my sister and her husband’s place in far northern Minnesota bonding with his new best friend, Sis’s dog Dingo (a rescue pup just like Radar).

Here they are (bear in mind this is the first time I’ve uploaded video onto YouTube and embedded it in a blog post. I’m learning!) 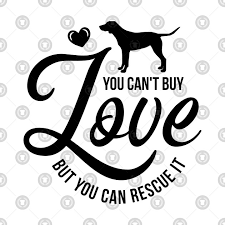