So, I just got the shock of my life as a blogger. I was nominated by  for a Liebster award! Wow! Someone in the blogosphere actually thinks I’m okay at this writing thing. Who’d-a-thunk-it? Certainly not me.

My nomination came from this talented and kind writer:

First question my curious mind requires an answer to is Who the heck is Liebster? Okay, stick with me here while I figure this out….

Okay, first thing I learn about Liebster is it’s a german word. Yay!! Though I have yet to confirm this through ancestry.com or other websites you send your spit to, I have it on good authority (good old mom and dad) that our ancestors hailed from Germany. So perfect, right? It’s a sign. I love signs!! 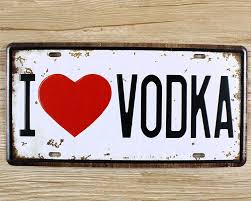 Liebster, translated into English is “dearest”, “favorite”, and “my love”. Oh, I’m gushing!

Alright, now what does the award part mean in “Liebster award”? According to my research, bloggers are bestowed nominations for it when they are “up and coming” and have under 200 followers. Hey, I don’t think I’ve ever in my entire life been referred to as “Up and Coming”!! Makes me feel young again. Maybe I should print t-shirts. You know my artist kiddo does make and sell t-shirts. Hmmm…there’s a thought. And yes, I proudly have 25 followers, so I certainly qualify for this nomination based on that little factoid.

This nomination does not come without strings. There are questions I am required to answer. Hopefully I’ll get them right because I like to win!! Especially if I get a trophy. I’ve never won one of those.

Question #1: Why do you write?

Because I have a lot of opinions and feelings and I feel a sense of satisfaction when I hit “publish”. And I don’t have any volunteers to hang with me all day and listen while I flap my gums about whatever happens to be on my mind.

Question #2: Is there anything in your life that fills the same need as writing?

Only thing that comes to mind is cleaning the house. But like, who in their right mind would spend hours upon hours cleaning their house every week? Not this broad, that’s for sure.

Question #3: Did you always want to write, or were you more like me and wanted to be the President of the lost city of Atlantis?

I always wanted to write. Always. Cannot recall a time in which this wasn’t something I wanted to do in my core of cores.

Question #4: What’s something you want to write about but haven’t yet for some reason?

I’d say it’s a toss about about that time I declined George Clooney’s offer of a night of Italian wine and unbridled passion and the time I won Survivor. Just kidding, peeps. Do you really think I’d turn down George?

Question #5: What is your favorite punctuation mark?

Without a doubt, the comma. The meaning of a sentence can vary wildly based on the placement of a simple comma. Example: Rhonda’s inspiration comes from her Hubs cooking neighborhood bunnies. See what I mean?

Question #6: What is something you cannot stand?

When I’m talking on the phone and someone is also talking at me in person at the same time. Or when I’m really into watching something on t.v. and Hubs is simultaneously telling me a story. It’s information overload for my brain and makes me feel crazed.

Question #7: What is something you can stand, but you’d really rather not deal with?

People who have the audacity to wear two different socks in public. It seems to be a trend, I swear! The only possible way I could imagine addressing this fashion atrocity would be to carry multiple matching pairs of socks in my purse at all times. But I do not wish to carry a purse larger than a bowling ball bag with me everywhere I go. So I’ll deal.

Question #8: If you could burn any single building to the ground what would it be?

Well, as long as no living beings are in said building, I’d say an abandoned, dilapidated old barn, far from any trees (need to be responsible and not cause a forest fire), and right next to a beautiful lake. All my friends would be there, sitting around in Zero Gravity camping loungers, drinking craft beer and roasting marshmallows while Jack Johnson strums his guitar sitting on a stool amidst the revelry.

Question #9: What is the last thing that made you laugh so hard you made a noise you’re ashamed of?

I think I made a few charming guffaws last week whilst watching the episode of Seinfeld where George is gifted a doll that looks exactly like his mother. And his fiance insists on keeping this doll in bed with them during a nookie nookie session. That Susan was a twisted woman. Good thing for George she died upon licking those cheap wedding invitation envelopes. He dodged a bullet there.

Question #10: What would it take for you to steal a car?

First off, I would require the tank be full. And it’d have to be a really cool, fast car like a Jaguar. I’d say that there would have to be an iron clad guarantee that I would not be caught, arrested, or prosecuted. But seriously, that would take all the fun out of it amiright? All kidding aside,  I’d do it if it meant saving someone’s life. Or if the prize was a month long, all expenses paid trip for Hubs and I to visit Europe.

Question #11: If you had a spear, a potted plant, and an empty journal, what would you do to impress a date?

A pickle spear or a pineapple spear? I would enjoy either. I’d impress my date by sharing it with them. Since there is no mention of a writing utensil in this scenario, I’d rip up the journal and use it for confetti to celebrate the event. And then I would lead my date on a guided meditation on the potted plant.

2 thoughts on “Thank you for your consideration”