Lately, I’m sickened by the sight of angry, white, American men. I think it’s bullshit that they have all the power in this country, which has given them a podium to whine and bitch from about their supposed lot in life.

Here’s a visual, if I haven’t been descriptive enough for you: 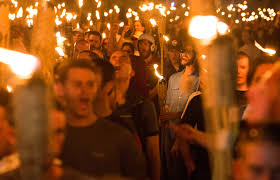 My optimistic nature, however, is getting the better of me. Fact is, there’s plenty of good white American men out there. Men who are respectable and respectful. Men who have goodness in their hearts. Men who do not hesitate to speak truth to power in their own special ways. So let’s hear it for a few of these dudes.

So Al and I go way back. To 2010, specifically. Hubs and I attended an event with another couple in support of a new candidate for U.S. House of Representatives in Winona, Mn. We lived in Wisconsin at the time, but as admirers of Al’s work in congress not to mention SNL, we were there to see him, not the candidate, Tim Walz. So after Al gave a short speech and the four of us had wandered into the reception hall, I got a chance to meet Al in person. We had just read his book “Lies and the Lying Liars that Tell Them”,  which we got him to sign later that evening.  I was making a bee line for the cookie tray because free cookies, duh, when I realized I was face to face with Al. I couldn’t not say anything. But I couldn’t think of anything actually intelligent to say. So I stuck my hand out and said “Hi Al” with a stupid grin on my face. Then I proceeded to tell him I lived in Wisconsin so I wouldn’t be voting in Minnesota. But I added that I did indeed hail from Minnesota. I’m sure he was super impressed. Hubs and I have been listening to his latest audio book “Giant of the Senate”. Best quote so far in this book (we are on Chapter 3) : “Just because you are right doesn’t mean you have the right to be a jerk”.

Anyway, I remain a fan of Al’s to this day. I sincerely hope he stays in politics. We need more guys like him there.

He’s the guy that made being weird cool, don’t you think? And he does a great job of satirizing American politics. Political satire is an important   coping mechanism these days, dontcha think?

My favorite champion of the environment. Instead of enjoying a quiet retirement after leaving his job as VP in the White House, he chose to take up the most important cause of all: educating the public about climate change: what it means and how we can fix it.

Here’s to three great Al’s, courtesy of one of my very favorite Paul’s:

For the love of all that is comically holy, please put together a political satire special this summer. You have so much fodder! You owe this to your fans. And we really need humor right now, especially with the crappy White House reality show on our screens 24/7. Let me give you some specific ideas:

Alec Baldwin as Trump. Duh. As a devoted SNL fan, we need to see his take on Trump pushing aside the world leader as if he was the leader of a gang of bullies on the school playground.
Toddler Trump shove

I would also like to see a revival of the “man baby” skit (SNL man baby) which could very easily incorporate Baldwin as Trump.

How about a skit with Ivanka (Scarlett Johansson) making champagne popsicles with Martha Stewart (maybe Ana Gasteyer could make an appearance?)

We must see a skit of Jared Kushner wearing a swim cap with red horns on top. It’s all about his voice though. In real life, we know not what it actually sounds like. It’s got to be either like super annoying like Pee Wee Herman or Gilbert Gottfried, or it’s like Barry White or James Earl Jones. Obvs, Keenan is doing the voice (assuming James Earl Jones is not available. And Jimmy Fallon will be doing Jared, with Keenan in a bubble dressed like BW/JEJ). Bad lip syncing may or may not ensue. The bonus is that Jimmy would have a hard time keeping himself from busting a gut laughing during this skit. Jimmy doing Jared

I also believe we need to see the following: Puppets. Not like the Muppets. More like marionettes, like John Cusak used in Being John Malkovich (one of my favorite movies). So Putin is the master puppeteer. The puppet of course is Alec Baldwin as Trump, who is then the puppeteer of Sean Spicer. So basically you have the trifecta of political comedy, with Melissa McCarthy using her physical comic genius to the max as Sean Spicer, the poor pitiful puppet. Trump puppet speech

This extravaganza also needs to include Cecily Strong as Girl from the Party. But the party was at Jared and Ivanka’s place. Just imagine the goofy things she would say. She’d call them “Merveena and Joren”.
Cecily Strong

Kathy Griffin. This is a risky one to be certain. It has to be the right female comic to do Kathy Griffin (Melissa Villasenor who does the best and weirdest impressions. Love her so much). So it’s SNL-ified version of her apology video. Only we see Steve Bannon (aka the grim reaper) in shadow behind her. Maybe Trump/Baldwin would be in the periphery.

So get to work, SNL Writers! The fodder is much too plentiful at this moment to not take this opportunity to create the most epic political satire extravaganza to date.

I have, much to my dismay, become a political news junkie. Gone are the days when I gorged myself on televised eye candy like The Voice and Dancing with the Stars. This is largely thanks to the man in the White House and the slithering cadre of reprehensible characters in his administration. So for a change of pace today, I’m going to share some random thoughts, questions, and opinions I have regarding the political shit show on our nightly television screens here in 2017 America.

Okay, so Polly got political today. And she has no regrets.